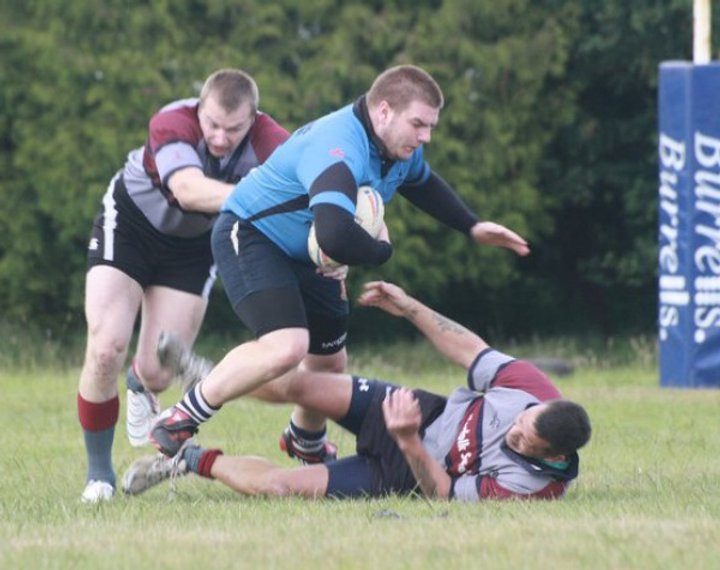 Wildcats seal a 66 - 28 victory over Bedford

West Wild Cats hosted Bedford Tigers for the third game of their new league campaign. Having turned the tables on a strong Wisbech side the previous weekend in a match that ended 34-16 in West’s favour, this youthful team now looks to be gelling together and growing in confidence during this inaugural season.

With another hot afternoon in store, West were seeking to establish an early dominance in attack from the kick off. They managed to do this quickly with some powerful running lines from the likes of Dunn, Bull and Bailey surging forward. With the visitor’s defense tracking back, some quick recycled balls gave West’s pacey back line an opportunity to burst through, gaining vital yards.

The pressure soon told as West began to create some good attacking plays which saw the likes of winger Tuck and half back Greenwood open up the Bedford defenders. Not to be outdone, the West forwards continued to surge up the pitch with some bullocking runs from Moore, Savage and Skinner. This culminated in West’s first scores as Bull and Trims crashing over.

This was followed by a try from Harris, who had an excellent game with a series of mazy runs. Bedford did hit back with two tries of their own, thanks to some powerful runs from their back row forwards, but by half time West were looking dominant with a 32-12 lead.

With a much improved penalty count against them, compared to previous matches, West continued to push forward in the second half, which saw some exciting attacks from the hosts. This ultimately led to hat-tricks for both Bull and Trims, with Harris completing a brace of tries. Following on from his man of the match performance last week, Brundle, Bailey and Moore were also rewarded with a try apiece. To their credit, Bedford continued to mount some good attacks, which resulted in another score. However, young winger Richardson, who seems another exciting prospect, scorched in to add to the hosts scoring. O’sullivan, who offered his services to the visitors when Bedford had injured men, finished off a fine individual performance with a deserved try for the opposition. Although a close call, man of the match was awarded to Trims for some sizzling runs.

It is becoming evident that West have a lot of potential and are learning the league game quickly. However, they must continue to focus on maintaining a strong defense to parallel their attacking threat. Training is 6.30pm at West Norfolk Rugby Club every Tuesday and Thursday. All new players and spectators are welcome.